The Salvation Army began its work in London, England, in 1865 when William Booth, a minister, abandoned the conventional concept of a church and a pulpit and took his message of hope to the poor, the homeless, the hungry and the destitute. By 1867 The Salvation Army had developed into a ministry offering basic schooling, reading rooms, penny banks, soup kitchens and relief aid to the destitute.

The Salvation Army began its work in Canada in 1882, just fifteen years after Confederation, and quickly began giving hope to those in need in this country. 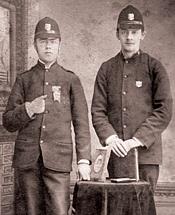 The first open-air ‘meetings’, or worship services, were held in Toronto in January 1882, and in London, Ontario, five months later. These were led by British immigrants who had known the Army in their homeland. Official Salvation Army operations began in July of that year when Major Thomas Moore arrived from the U.S. headquarters to take charge. By then there were 11 ‘corps’ or church congregations in Ontario, and a year later Canada was declared an independent ‘territory’, responsible for its own governance within the worldwide organization. 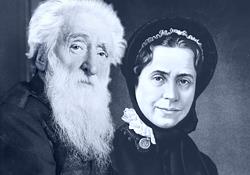 From the beginning, the Army in Canada adopted founder William Booth’s philosophy that there is little point preaching ‘salvation’ to hungry people. And so the concept of ‘soup, soap and salvation’ took hold, later to be developed into the comprehensive social service programs The Salvation Army operates today, many of them in partnership with government. 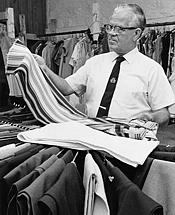 When the Army came to Canada, there was much opposition to its methods from civic politicians and other entrenched interests in the early days, and Salvationists were often beaten and jailed for their activities in the streets of Canada’s cities and towns. Despite this, there was eventual acceptance of the movement as it demonstrated the social benefits that accrued from its activities. The men’s social work began in 1890 with a Prison Gate Home in Toronto. The same year a children’s shelter was opened. The first maternity home was opened in Saint John, NB, in 1898, precursor to The Salvation Army Grace Hospitals. In 1901 The Salvation Army recommended to the federal government that a prisoner probation system be adopted, leading to Canada’s first parole program. In 1908 salvage work (now called ‘recycling’) began in Toronto, leading to the well-known Thrift Stores. In 1911 the first juvenile detention centre was established in Manitoba and turned over to the Army to operate. That same year a farm colony was established in Coombs, BC.

The Salvation Army’s status in Canada was entrenched in law in 1909 when parliament passed an Act giving the organization legal standing, its governance to be conducted by The Governing Council of The Salvation Army in Canada, a structure that continues to this day. The Canadian Territory was initially led by British and American officers, but by 1903 a consolidated Training College was opened in Toronto, allowing Canadian Salvationists to take more leadership responsibility. 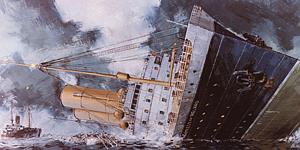 In 1914 the Army shared in the national tragedy of the sinking of The Empress of Ireland in the St. Lawrence. On board were 167 Salvationists, bound for an international congress in London. Most of them, including the national commander and members of the Canadian Staff Band, were drowned. The Staff Band was not re-formed until 1969.

Canada’s involvement in the Great War of 1914-1918 saw the appointment of the first Salvation officer as a chaplain in the Canadian armed forces, and the donation of five motor ambulances to forces serving overseas. At the end of the war, military hostels were opened in Kingston, London, Toronto, Winnipeg and other cities, for returning soldiers. 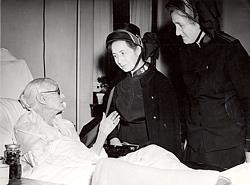 Innovation in social services continued even as the organization matured: the first seniors’ residence, or Eventide Home, was opened in Edmonton in 1926, and Grace Hospitals were opened in major cities across the country.

The onset of World War II found the Army accompanying Canada’s armed forces overseas not only as chaplains but as the operators of Maple Leaf Clubs, providing rest and relaxation for the troops. 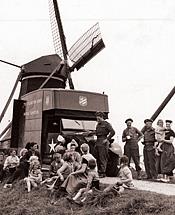 By the end of the war, there were clubs in Britain, France, Germany, Belgium, Holland and India. They were mostly staffed by Salvation Army Auxiliaries, some of them as young as twenty years old. They provided a taste of home, with Canadian cooking, mail forwarding and social activities, including dances and short-term accommodation. On the home front at the end of the war, Salvationists at Canadian ports welcomed the ‘war brides’ of Canadian servicemen.

The Salvation Army’s quasi-military structure allows the ability to quickly respond to urgent needs – the Halifax explosion, Winnipeg flood, Quebec ice storm and 9/11 to name a few. As the ethnic and cultural makeup of the country changed, so did the demographics of the Army. Salvationists now formally worship in 11 languages and provide services in many others. 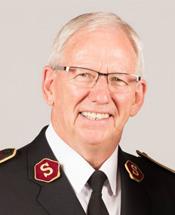 The Canadian Salvation Army has produced many outstanding leaders, not only for the domestic scene but also for the international movement. In 1975 Clarence Wiseman was elected General (international leader) of The Salvation Army, to be succeeded in 1977 by Arnold Brown. Bramwell Tillsley became General in 1993 but had to retire the following year due to ill health. In 2011 Linda Bond was elected the 19th General. In 2018, Brian Peddle, became the 21st General of The Salvation Army, which currently has more than a million members and serves in 131 countries. 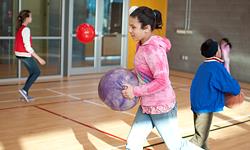 The Salvation Army is now the largest non-governmental direct provider of social services in the country, serving over 1.7 million people each year, in 400 communities across Canada. The Salvation Army offers practical assistance for children and families, often tending to the basic necessities of life, provides shelter for homeless people and rehabilitation for people who have lost control of their lives to an addiction. 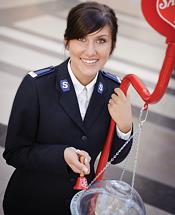 The Salvation Army’s Christmas Kettle Campaign has raised funds for more than 125 years to meet its demand for services. The Campaign has grown into one of Canada’s most significant and recognizable annual charitable events.

To accommodate the changing times, The Salvation Army in Canada continues to evolve. While the same values and goals still exist, new, innovative and effective programs such as community kitchens, skills-training and addictions day-treatment programs are addressing rising community needs.

Today, in Canada, The Salvation Army has nearly 700 active officers (clergy), more than 16,000 soldiers (church members) and over 32,000 adherents – those who call the Army their church home, but who are not formal members. There are more than 300 corps (churches) and over 130 social service institutions of various kinds. As well, there are over 130,000 volunteers and more than 9,000 people employed by The Salvation Army in the Canada and Bermuda Territory. More than 20 Canadian officers and lay-staff also serve in other countries from The Caribbean to Papua New Guinea.

The Salvation Army is currently active in 131 countries with a mission to meet human needs, without discrimination, be transforming influences and promote the dignity of all persons.